Shodhana is an organization by a group of dedicated professionals in search of development options. It is an initiative for understanding the cause of underdevelopment & working to change the situation through proper planning and participation of the user group.

Shodhana team is managed by a group of dedicated professionals with over 20 years of experience in relevant fields. 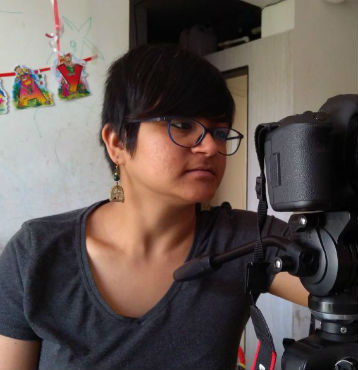 Shweta Ghosh, a National Award winning documentary filmmaker and researcher. She is currently Lecturer in Screen Practices and Industries and a Ph.D. (practice-as-research) candidate at the Department of Film, Theatre & Television, University of Reading, U.K.

A silver medallist from the School of Media and Cultural Studies, Tata Institute of Social Sciences, Mumbai, Shweta has explored a range of subjects through her documentaries and written research. She has received prestigious fellowships from the Public Service Broadcasting Trust (New Delhi) and Early Career Film Fellowship (TISS, Mumbai) for her films, and two of her films have been telecast on Doordarshan. Her debut film Accsex (on disability and sexuality) was awarded Special Mention at the 61st National Film Awards and has been used extensively for research, training and advocacy. Her films have been screened at various film festivals and public screenings in India, USA, Canada, New Zealand, Australia, Italy, Bosnia, Morocco and the UK, and have won multiple awards.

Shweta also has two peer-reviewed publications and has presented research papers on the politics of food, disability, film as well as documentary practice at several international conferences. Her ongoing PhD is expected to culminate in a film series titled ‘We Make Film’ and a written thesis that explore disability and film/video expression, and the socio-cultural contexts of accessibility and equity that circumscribe filmmaking by people with disabilities in contemporary India. Shweta is a recipient of numerous scholarships and awards such as the University of Reading International Studentship (2016), JN Tata Endowment for Higher Education of Indians (2016), Tata Education and Development Trust Gift Scholarship (2018) and FICCI FLO Pune ‘Woman of Distinction’ Award (Arts & Culture – 2016). 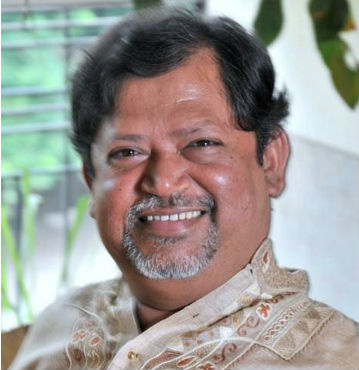 Mr. Samir Ghosh, is primarily a Social Policy Analyst by profession, working as Inclusion Advisor to the World Bank and other UN agencies. He is expert in advising and designing social inclusion policy and programmes at a macro level and engaged with designing the inclusion programme for National Rural Livelihoods Mission (NRLM), Government of India and its various state counterparts. He is currently advising Swachh Bharat Mission – Grameen (SBM-G) for developing a national policy for accessible Water, Sanitation and Health (WASH), GoI. He is also engaged in formulation of comprehensive social inclusion policy and preparing the Social Development Plan for Pimpri Chinchwad Municipal Corporation.

He has lectured in many universities of repute, which includes TISS- Mumbai, London School of Economics and Political Science- London, Institute of Child Health – London, University of Illinois at Chicago, Indian Institute of Management- Kolkata & Ahmedabad and Stanford University, USA. Extensively traveled throughout the world on various assignments and attended several international conferences and presented papers on various topics on Social Development. He was the editor and leader of the drafting committee on preparation of global policy paper on ‘Policy guidelines on prevention of handicapping conditions’ that was accepted in July 2000, by the Rehabilitation International during the world congress at Rio.

He wrote the Maharashtra State Comprehensive Action Plan for Persons with Disabilities which was accepted by the government during the Nagpur Assembly in December 2001. He further anchored and authored the State Comprehensive Disability Policy document for Government of Chhattisgarh, Bihar and Rajasthan which has been recognized as the best practice policy in India by World Bank in the India Country Report 2009. Chhattisgarh policy has also been referred as the best state policy by NITI Aayog. He has also developed and anchored formulation of District Participatory Plan for 2 districts (Latur and Thane) of Maharashtra under the aegis of Yashwantrao Chavan Academy of Development Administration (YASHADA), Pune, a model accepted by the Planning Commission, Government of India. He has also prepared the District Disability Plan for Thane, Sindhudurg and Aurangabad districts of Maharashtra.

Mr. Samir Ghosh, a post graduate in Social welfare and Administration from the “Tata Institute of Social Science” (TISS), Mumbai and further specialized in Social Policy and Planning from the “London School of Economics & Political Science”, London and received his second Gold Medal for being the London University topper. In 1999, the Hon. President of India conferred him with the National Award for his outstanding contribution in the field of Disability Rehabilitation. 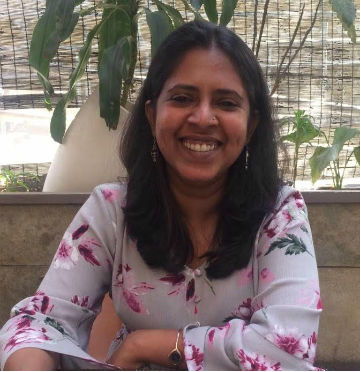 Shreya Ghosh completed her Master’s in Social Work from the Tata Institute of Social Sciences, Mumbai. She has over a decade of experience on issues pertaining to children, especially on elementary education, early intervention for children with disabilities, inclusive education as well as child protection. She began her career with the Right to Education Division at the National Commission for Protection of Child Rights, GOI, and has thereafter worked with the Tata Trusts (erstwhile Sir Ratan Tata Trust). She currently works as a Senior Manager with the Policy Advocacy team at Child Rights and You-CRY.

She was involved in Shodhana Consultancy on a World Bank Project to design a comprehensive state plan on disability under the aegis of State Society for Ultra Poor and Social Welfare (SSUPSW), Bihar. She advises / guides the Child Rights and Child Protection portfolio in Shodhana.

A policy is typically described as a principle or rule to guide decisions and achieve rational outcome(s). A Policy can be considered as a…

As the name suggests, Social research refers to research conducted by social scientists. In contemporary usage, “social research” is a …

Project appraisal is a generic term that refers to the process of assessing, in a structured way, the case for proceeding with a project or proposal…

Documentation is a general term for a multiplicity of documents in a chosen mix of media and with a certain collection. …

Formation of DPGs
Disabled Persons Groups were formed under the aegis of the state counterpart viz Bihar, Maharashtra and Rajasthan of the National Rural Livelihoods Mission

The project is being implemented since 2017 in collaboration with State Swachh Bharat Mission, WaterAid India, UNICEF Chhattisgarh and South Eastern Coalfields Limited. 10 districts (Bilaspur, Durg, Jaspur, Kanker, Korba, Koriya, Mahasamund, Raigarh, Surajpur and Surguja) of Chhattisgarh are covered under the pilot with PwDs and TG persons as the target groups. The major deliverable include;

2011 Social exclusion – Its implications on MDG

2014 Guidelines for Entitlements for PwDs

2014 Guidelines for Formation of DPGs

2015 Format for Preparation of MIP

2016 Identified Jobs for Persons with Disabilities – A Handbook

2016 SOP for homes for the rehabilitation of people in beggary

2016 Standards of Care & Protection for PwDs